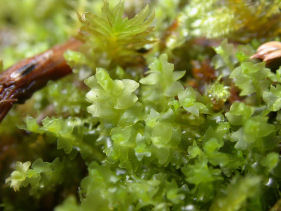 This species is found growing in calcareous fens. It prefers damp and unshaded ground and can usually be found among other bryophytes. It most likely to be found growing at water level and can sometimes even be found to grow in the water.

This species is paroicous ( the male and female reproductive organs are near of beside each other). Gemmae and not found on the plant and it is fertile. Sporophytes have been found to be present.